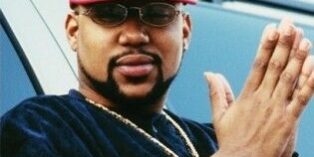 This is a very special man by the name of CHAD BUTLER aka PIMP C.

Some highlights of Pimp’s Life :

– bought his first ki from his baby mama’s brother.

– was the first to say it’s Polo and fuck that Hilfiger.

– let the world know that the game was fxcked up and he ain’t have no friends. Also, said that he spent his last 70K on a drop top Benz.

– had the V12 Benz parked outside but it wasn’t enough room to fit them heaux in his ride.

– aggressively let us know that the album was late because he was waitin for whitey to get his fxckin paper straight.

– kept a chip off in his cell phone.

– he read his Bible at home because he wasn’t payin for that preachers Brougham (Cadillac).

These are just some of the many accomplishments in this man’s life. Let’s celebrate Pimp today by streaming the UGK catalog!