Mossy’s Musical Motivation : Jeezy – The King Of The Intro 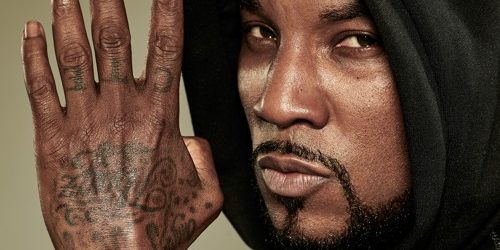 I feel like Jeezy is the KING of the INTRO. He’s always had this unique way of making the listener feel like they were right next to him. In the room with him. He never put himself above the fan on the music no matter how much he would brag about his lifestyle. Also, he is pretty much responsible for the Trap Era (his counterpart being Gucci Mane) but his intros…the intros…🙌🏾🙌🏾

I can’t even explain how important this album was to me. This song especially. I was knee deep in shit I didn’t want to be in but so many people depended on me. I would play this on repeat sitting in my car in Atlanta. Trying to figure it all out.

There were these particular bars that stood out to me:

“Sell off? Yeah I doubt that will sell off. Every nigga you sell it to will call you until you turn your cell off. Everyday I’m stuck in this hell. Can’t get the hell off. Back then they wasn’t wishin me well. Wanted my well off…”

Sheesh. If you know, you know.

Shawty Redd’s production is tremendous. I was sad when Jeezy strayed away from it for awhile but this album was a breath of fresh air to hear them two together again.

The way this song and the one immediately after are mixed still puzzles me to this day. When the hook comes on, the bass gives you chills when it goes up and then immediately drops matching the hi hats perfectly. Next to that, Jeezy’s adlibs are in sync with the horns/strings. This track is one of his top 3 to me.

“I done bought so many Lambs that I’m Lambo’d out. I’ma have to buy colors I done already had…”

Ok. I know you’re like “Mossy you’re crazy. How is this number 3???” I know. I know. This started it all off. I remember this album being played damn near song for song inside every single club I entered in the year of 2005. It was another level. I hadn’t seen anyone get that type of love since 2Pac.

Again, Shawty and Jeezy’s chemistry is undeniable. The breakdown in between verses was genius. Its also clocked at 3:14 which is perfect timing. That’s another story though. 😉

4. “Grind State” from Church In The Streets :

Here, for like the umpteenth time in his career, his back was against the wall concerning musical critics. They all felt he lost it. This was a great “Fxck you” middle finger to them all.

D. Rich is an extremely talented producer as well. A Shawty Redd protégé to say the least. He laced Jeezy with this one.

Seen It All is actually one of my favorites. Another personal selection without being biased due to my love for Snow.

He sounded very confident on this introduction. The production isn’t too much. There wasn’t a lot going on in the background either. It was straight forward and to the point.

What do you all think? Drop some comments on Snow and his intros!